I don’t get a chance to take one day off after my job assignment in Bali, and now another job assignment already in queue on my desk just one week after the Bali assignment. *Bos..Give me a break, please.  I’m seriously tired* I asked to get assignment for Jakarta area and had been refused with an explanation “there’s a new guy on this project so he will covered for Jakarta area. For you I will give somewhere far”. Well.. last year I asked for somewhere far, like Sulawesi or Papua island, has been refused and they sent me to somewhere close. *well, Sumatera island is close enough with Java island, right?!* lol. So here I go again to East Nusa Tenggara province, at Kupang city to be exactly. 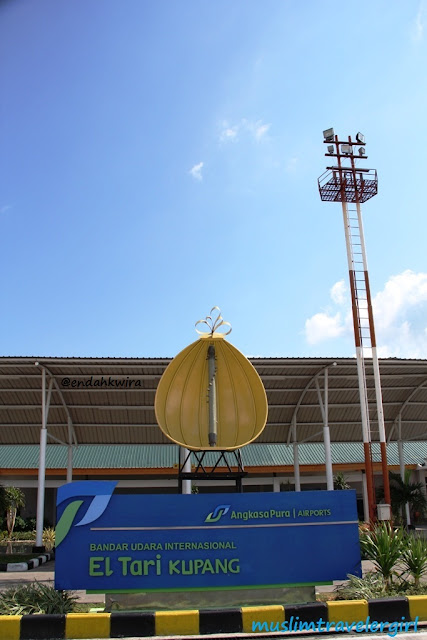 Actually this is not my first time visiting this province. I ever visiting this province through Sumba Island (read here). But yeah, this is my first time visiting Kupang city at Timor Island so, let’s just enjoy that. With Aci, the team leader and Amin, the photographer, we were heading to Kupang by the earliest flight, 03.30 am. *Gosh, I’m seriously sleepy because I haven’t sleep at all since yesterday”
Arrive at Eltari airport around 09.00am, our car rental and the driver was waiting for us. He will accompany us for our 6 day job assignment at Kupang.


Suddenly my team leader said
“I’m hungry, I haven’t eat anything since last night. Let’s eat something typically Kupang culinary”
“how about Sei?” our driver named Moses give a suggestion for us. Well, my stomach still quite full after extremely early dinner at Sokearno Hatta airport of Jakarta so I just said “Up to you”
“okay, what is Sei?” Aci asked
“It’s some kind of rice with a lot of side dishes, like nasi rames if I’m not wrong” I said to Aci.
“You’ve read it on flight magazine right?” I ask a question to Aci
“Nope, I just saw the picture, so, let’s eat sei” Aci looks very enthusiastic.
So driver took us to Aroma Sei restaurant at Cak Doko road, no, 74, Oebobo district, Kupang, East Nusa Tenggara.

When we arrive at those restaurant, Aci and Amin trying to find a table for us. Me? I was busy taking picture inside the restaurant because I’m so excited will get another material for my blog. When I finally sitting with them and saw the menu, I was shocked! More than 80% dishes were dominated by pork.

I look at Amin, the photographer and then asked “You could eat this?” and he just shake his head, a clue for no. and then I looked at Aci, the team leader, she still look very excited and read the entire menu. So, I’m thinking “Ohh, maybe she could eat pork”.
“What you guys wanna eat? I will choose this menu” Aci said to us and we had the same answer “We will order mineral water because our stomach still feels full after an early breakfast at Soekarno Hatta airport”

Shortly, Aci order the menu and then we were busy with our phone. Suddenly Aci phone was ringing and she picked it up and answered “Assalamualaikum, mom, How are you? Alhamdulillah we already arrive at Kupang. Right now we will have breakfast before we met our news source and.. bla.. bla.. bla..” I was shocked again for the second time. Wait a minutes, our team leader was muslim too? OMG!

The menu that Aci order just arrived at our table. She already hang up the phone, grab the spoon and ready to scoop the soup. I am immediately put my hands between her and the dishes and asked “Are you really a muslim?”
“Yes, why?” she looked surprised
“The menu on this restaurant has pork in it”
“Seriously?” she shocked and put the spoon back to the plate.
“But the menu I was choose didn’t have pork on it”
“But it probably being cooked in the same pots and pans, even with the same spoon or spatula”
“Well, the restaurant logo using pork silhouette, you know” Amin adding more info.
“So, what am I supposed to do with it?” she confused.
“Ask the waiter to wrapped it as a take away and then give it to Moses, our driver” I give a suggestion. 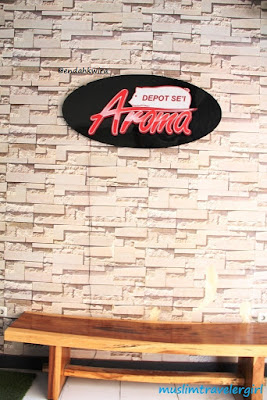 Finally we pay for the dishes and then get out from that restaurant as fast as we could. And I just realized when saw the restaurant logo for the second time, it was a pork silhouette. When we sitting on the car, I said to Moses “Sir, I’m so sorry but the three of us can’t eat pork because we were muslim. It’s not your fault; it is actually my fault act like I know everything about Kupang culinary. FYI, we all just met less than 24 hour before heading to Kupang, so we don’t know each other yet”.

Moses repeatedly apologizes to us and I repeatedly said that it wasn’t his fault at all, it was my fault. “Next menu we want some seafood dishes maybe and anything with chicken, is that okay?” I asked to Moses and he answered it with nodding his head and we all laugh together on the car.
OMG! I almost make my friend eat pork! I'm so sorry, Aci. A few days after the incident, I finally found out that Sei in Kupang city is smoked pork meat, like bacon. There were also smoked beef or cow meat, but if on the restaurant only write or said Sei, it’s pork. Unless, they said it was a beef Sei, that’s a cow meat. So, for muslim, you’d better be careful or avoid restaurant with Sei in Kupang, because there’s probably non-halal food in the menu. (EKW)
Posted by Endah Kurnia Wirawati