After a hectic moment at Soekarno Hatta international airport this morning, I’ve finally arrived at Tjilik Riwut airport of Palangkaraya, Central  Kalimantan. I keep scratching my itchy nose because of the nasal flu that been effected me since three days ago.

The man whom I will have to meet was Mr. Syaer Sua, Karungut artist originally from Central Kalimantan. Karungut was a traditional art from Dayak tribe including music, and or poet and poem that been sung. Karungut usually contains all the life messages for younger generation. 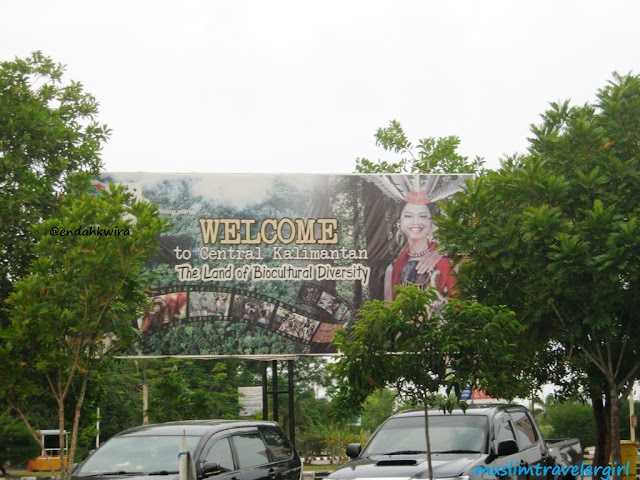 It turns out the road to reach Mr. Syaer Sua house was not as easy as I thought. He lived at Tumbang Manggu village, Sanaman Mantikei distric, region of Katingan. This village placed more than 200 kilometer away from the capital of Central Kalimantan, Palangkaraya city or about 5 to 6 hours drive.
Our journey to Tumbang Manggu start from the really nice pavement road to the rocky and sandy one and also the watery one. Like literally a road with water, because we have to cross the river, 3 times, with boat, of course. 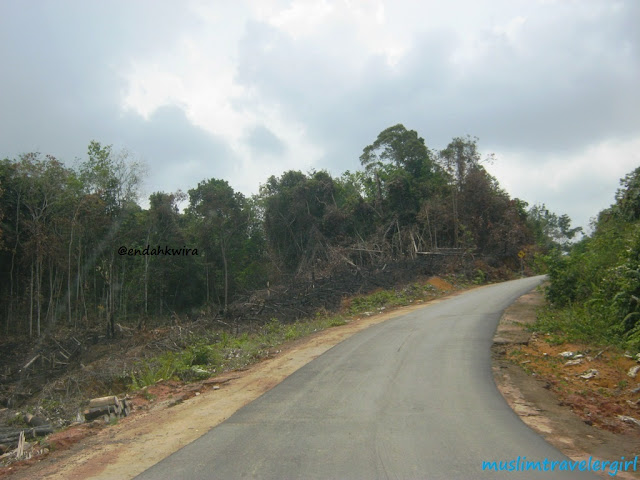 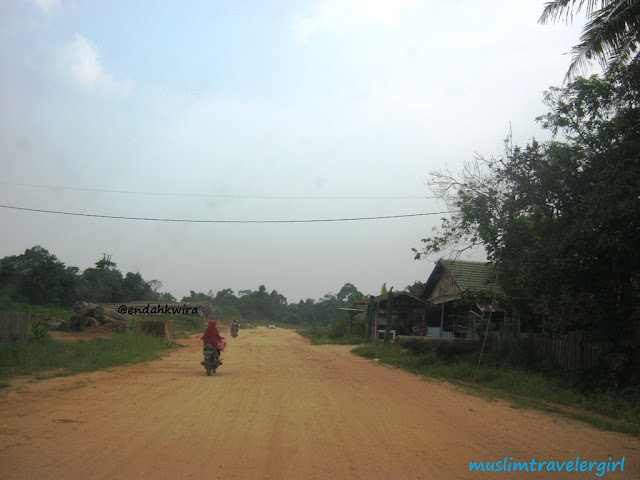 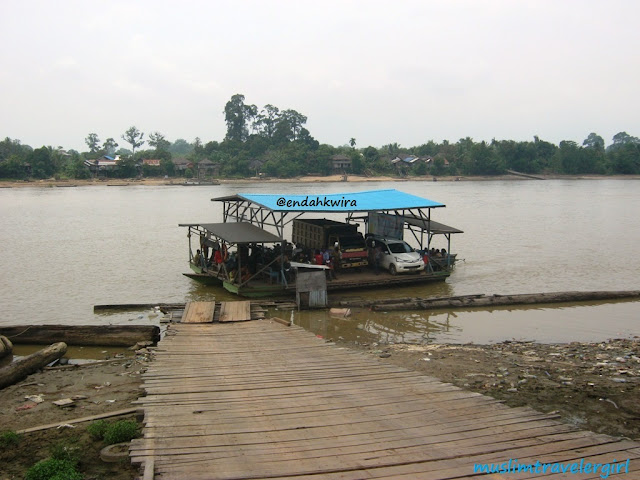 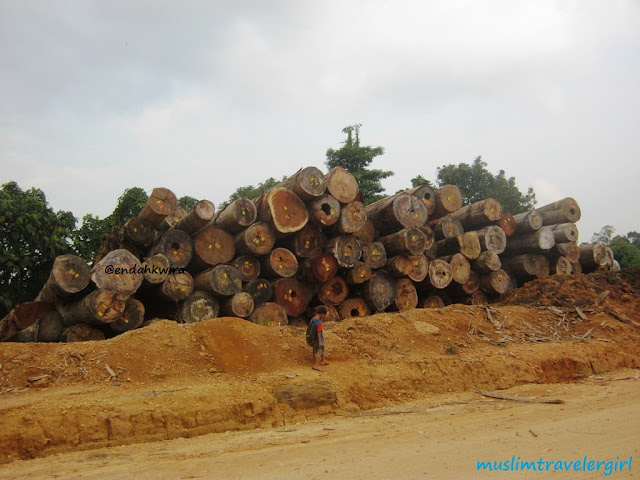 Entering the road of Tumbang Manggu village, there’s only a sandy and full of dirt and dust in the air. Our vehicle crossing some big logs on the side of the road a few times.

Looking for Mr. Syaer Sua house it’s actually pretty easy because almost all the villagers know him as Karungut elderly with his really nice and big Betang house. Betang house is a typical traditional long house in Kalimantan, especially in upstream areas which usually becomes the center of the Dayak tribe settlements. Mr. Syaer Sua built the house at 2002 to preserve Dayak tribe traditional artwork.

Knocking on his door, I got a very warm welcome from Mr. Syaer Sua. He and his wife were really happy to see us coming from Jakarta and arrive safely today. We share stories, journeys, eat some traditional Dayak dishes while listening to his humble voice sing a song and playing some music instrument. That’s was very amazing and unforgettable moment during my job assignment here in Central Kalimantan. Mr. Syaer Sua even willing to dress up with Dayak tribe cloth and singing the same song 3 times for me while I took his video. I was the only videographer so I have to take same shot for a few times to get the video I needed. 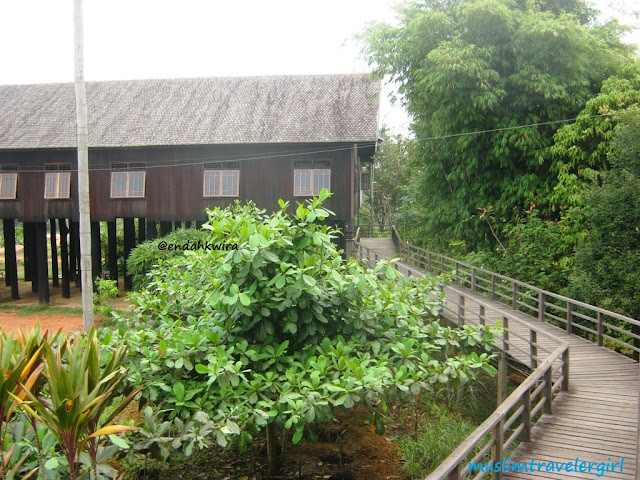 After all the work done, Mr. Syaer Sua took us for a small trip inside his Betang House. This long house was huge, some family and relatives could stay here, up to 50 people. Some Betang house even could be a place to living for more than 100 people, family and relatives. Suddenly Mr. Syaer Sua ask us “How about you guys spent one night on this house?”. I was already having a big big smile and then just suddenly freeze when hear my leader said “Thank you very much for your offer but we only have 2 days to cover a story about you and Karungut and tomorrow morning we will have to interview  another people as your supporting team and testimonial. We were very sorry but we had to get back to Palangkaraya city tonight”. I feel so disappointed and sad that I could not accept his offer that time and I could tell from his face, he is sad too. 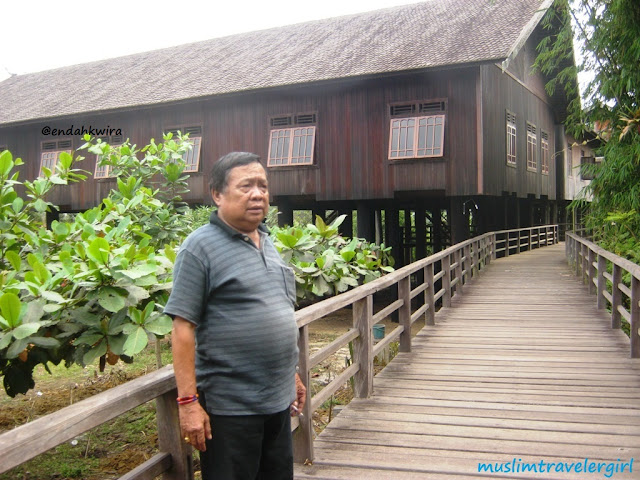 Late those afternoon we were saying goodbye to Mr. Syaer Sua and leaving the village around 6 pm. The next day we quite busy and trying to finish our job then flight back to Jakarta city. The journey and meet up with Mr. Syaer Sua slowly disappear from my memories due the hectic and another job assignmet come into my desk. And then, in my spare time last year, I upload the video about Mr. Syaer Sua and his Karungut into my youtube account @endahkwira.

Last month, some people leave a comment on my youtube channel, on Mr Syaer Sua video with a words “RIP Mr. Syaer Sua” I was shocked! I search some information about him and he actually really passed away at 25th September 2016 because of Aneurism, at a hospital in Jakarta. I didn’t know! *tears in my eyes*

Ahh. I ever had a plan to get back to Tumbang Manggu village, spent some nights at his Betang house, enjoying the nature of Kalimantan, listening to his voice and music, and share some stories again. But God write another plan for him, and I. Goodbye Mr. Syaer Sua. May your soul rest in peace in heaven and your artwork will last for eternal.