When visited Malang city at  East Java for covered some story, beside visited Jago temple, I also took time to visit Kidal temple. Just like Jago temple, the Kidal temple signpost name has also been seen by me when going to hike to mount Semeru.

Kidal temple was located about 7 km from Jago temple. From Tumpang market there is no public transportation to these temple, so you must took a motorcycles ride called Ojek for a of Rp. 15,000 (around USD 1 - 2  and you could bargain the price with the driver) .

Kidal temple was located on the left side of the road. Unfortunately, these signpost name was not visible because there are so many signpost around that area. So take a look carefully at every signpost name on the roadside. Do not miss the signpost of "CANDI KIDAL".

Entering the temple area is actually free. But I would suggest you to give some money for donation to the keeper of the keys, because they were guard and taking care this ancient sites without any payment at all. 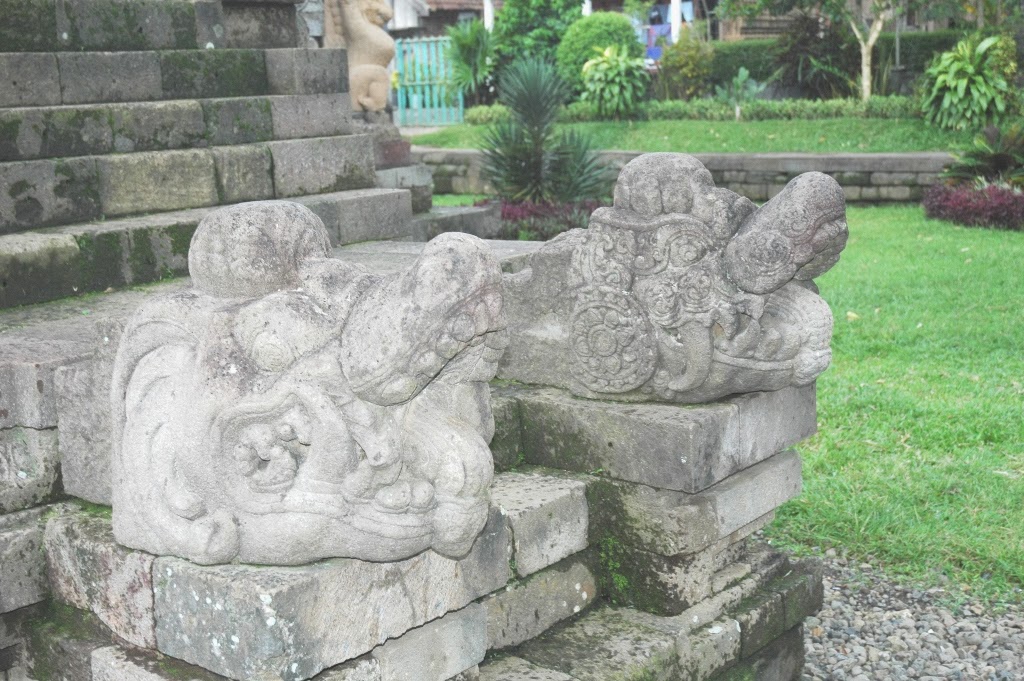 Kidal temple possible origin of the name because the area where the temple is located in the village of Rejokidal, Tumpang district, Malang city, East Java province.  Reportedly, this temple is the oldest Hindu temple worship being build in East Java since it was built in 1248 AD.

It was built as a form of respect for the death of the king Anusapati, the second king who ruled the kingdom of Singosari for 20 years (1227-1248). The building was practically intact, and only being restored once, at 1992.
Unfortunately, in the area around Kidal temple there was a lot of chicken farms. As a result,  the smell of chicken manure wafted in the air. The keeper said that the smell of chicken coop also being complained by the visitors. However, because the majority of the rural economy in this area is a chicken farm, there is nothing they can do about that.

FYI, the keeper may no be able to explain the story of Kidal temple in English so if you are foreigner and still wanna know the history of this old Hindu temple, please ask your friend who could speak Bahasa to translate the story for you.
So if you have a plan to visit Malang city, please give it  a time to visit Kidal temple. By the way, in English languange, Kidal mean left handed. :) ( EKW )
Posted by Endah Kurnia Wirawati