BEACH TO BEACH ON BELITUNG ISLAND 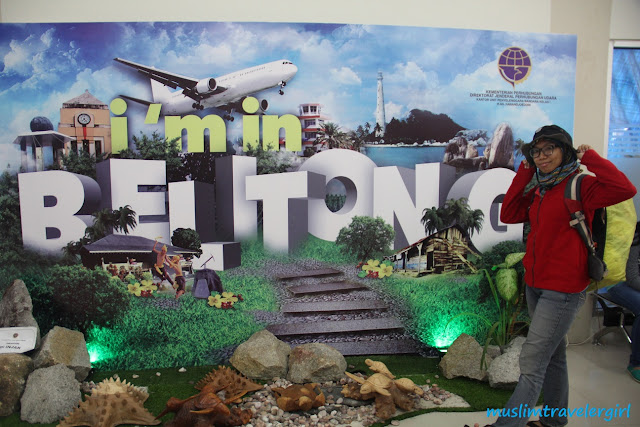 Province with the named ‘island’ attach on it make Bangka Belitung Island province has more than 1200 kilometre beachline. With very short time trip, well, not that short, it’s actually 3 day and 2 night trip, my friend and I visited some beaches on 2 region in Belitung island. Here are some recommendation beaches that I visited on Belitung.

1. Tanjung Pendam beach.
The beach that was placed on West Belitung region was the first beach I’ve visited when I arrive for the first time on Bangka Belitung province. This beach was one of the main attractions and kinda must visit beach on West Belitung because it was nearby the Tanjung Pandan city center. On this 22 acre beach was also the placed that connected Belitung Island into some small islands nearby. 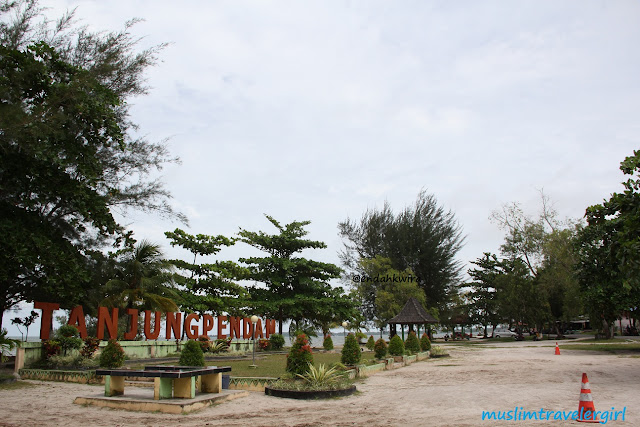 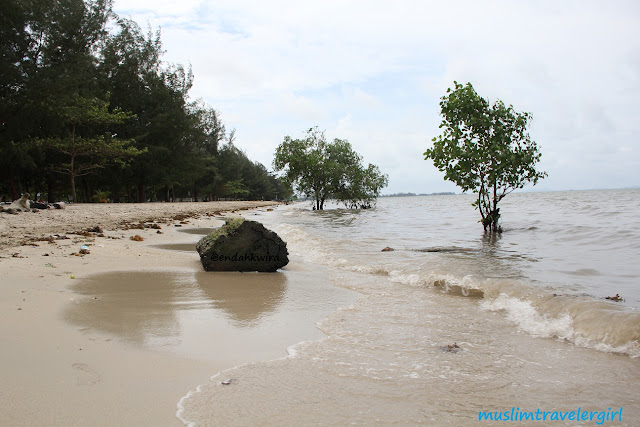 When I arrive, this beach was so quiet and empty. Maybe because that day was Monday, an office day for most people, or maybe be just because this beach wasn’t famous as the neighbourhood beach that already been famous as a movie shooting place. Anyway, a good thing about quiet beach is you could enjoy time alone and wandering on the beach, feels the wind breeze, all by yourself.


2. Tanjung Kelayang beach
This beach located on the northern part of Belitung Island or about 27 kilometres from the capital of Belitung, Tanjung Pandan city. This beach always becomes the main destination for tourist and traveller who wants to sailing to the famous island of Lengkuas. 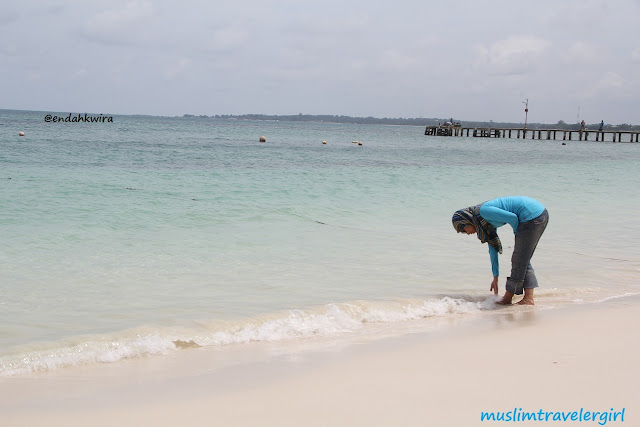 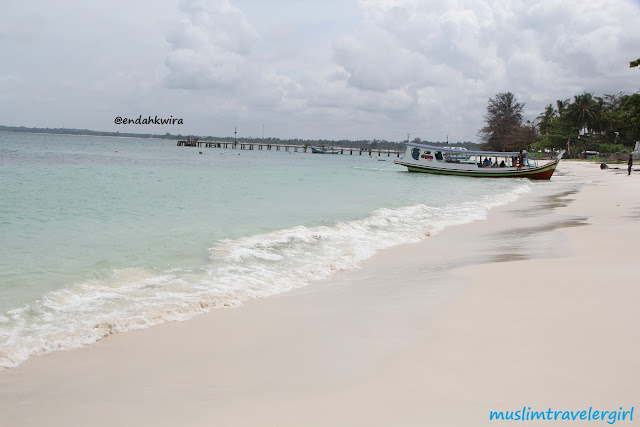 Unfortunately my arrival day on this beach was had extreme wind breeze and a big dark cloud hanging on the sky, a sign of a hurricane storm will arrive anytime soon. So I decided not go sailing that day and just walking around the beach, enjoying a very comfort and soft white sand beach underneath my feet and clear water on Tanjung Kelayang beach. 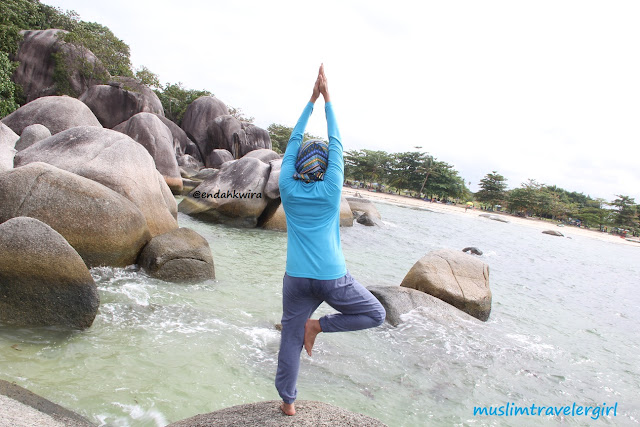 This beach has 80 acres wide with its white sand beach and a lot of and huge granite stone signature place. Those granite stone was standing tall up to a thousand cubic per stone. This is the beach that has more visitor than any other beaches. And as usual, seeing those tallest stone makes my feet wanna climb and jump on it. So, I climb it! My friends family was shocked with my climb activity, because he rarely seen any girl, petit girl like me, enjoying climb and hanging on the high places, especially when I doing a yoga pose with one feet. “You make me have a kinda mild heart attack, seeing you climb every stone and pose like that” he said to me. Hahahaha.

4. Nyiur Melambai beach
This beach located on Lalang village, Manggar district, East Belitung region so most of Belitung citizens know this beach by the name Lalang beach. This beach was the closest beach from Manggar city, about 2 kilometres away, but the road to get to the beach was mostly a zig zag roads makes it looks far away. 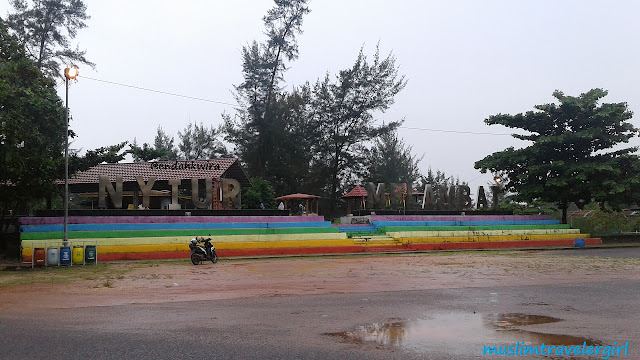 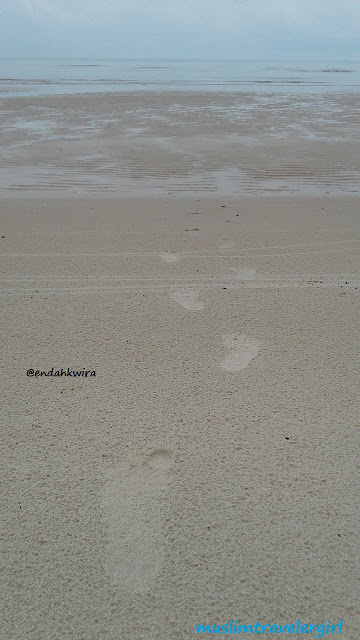 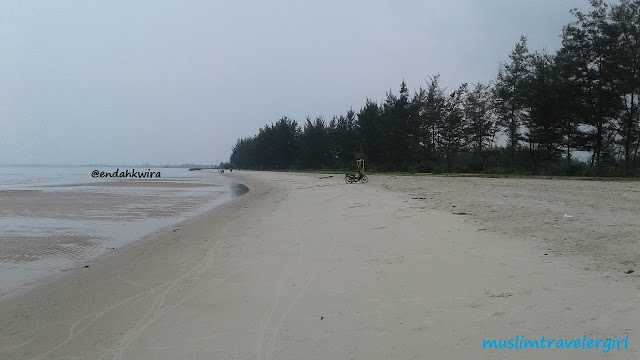 By the way, even though the beach named was Nyiur Melambai (waving coconut tree), this beach actually has more pine tree than coconut tree. And because of its faced directly to the Java ocean, the strong ocean wind always appear on certain months (usually  started on November until February) and makes the fisherman can’t sailing. 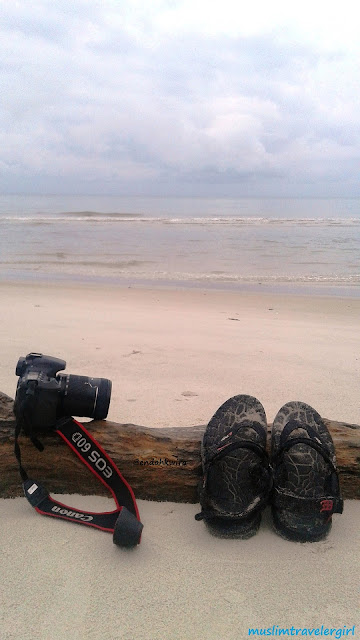 This beach was located on the eastern part of Belitung Island so you could enjoy the sunrise in the ocean from this beach. Unfortunately I was visiting this beach at noon because of waiting the hard rain in the morning until it’s gone. So, here I am, enjoying the beauty and quiet beach with the line of pine tree, all by myself. 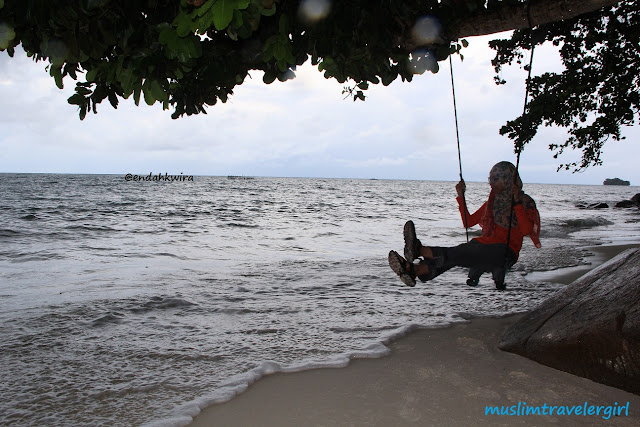 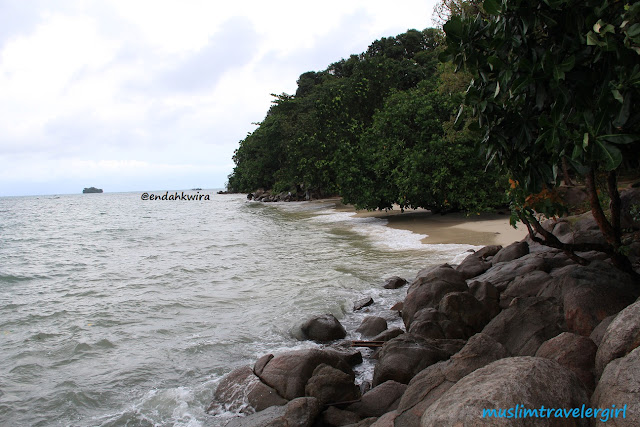 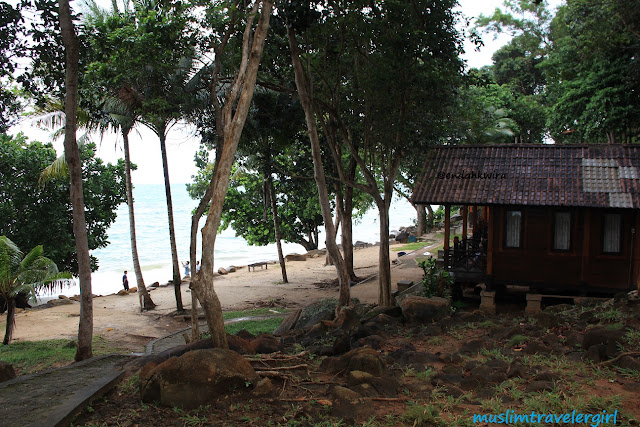 From the parking area, you could not see the beach. We had to stepping down a stairs to get to the beach area. Hangout on the swing under the tree and looking through the horizon on the ocean was the perfect moment for me. On this beach there were also a cabins or homestay. Don’t ask about the price because I didn’t stay there. Hahaha.